The History of Uganda Tourism

The principal attractions were the superabundance of animals and the incredible diversity of scenery.

By the 1970s, we had hundreds of thousands of holidaymakers flooding into the country.

In those days Uganda was an integral part of the famous East African Tourist Circuit, which also covered Kenya and Tanzania.

During the 1960s Uganda Tourism was the third largest foreign exchange earner in the country, after the traditional cash crops cotton and coffee, grossing up to US$ 19 million in 1970.

The sector as with other sectors of the economy, however, suffered tremendously from the years of political turmoil in the period 1970 to 1986.

This period saw a major deterioration in the services offered by hotels, neglect of game parks and reserves in addition to the incessant political turmoil, a deterrent to Uganda Tourism.

Today, animal populations are no longer what they were but these have shown a remarkable recovery rate.

Though still not as highly competitive in the market segment catering to the Long Haul tourists seeking the ”big five“,Uganda has repositioned itself to focus on new markets and attractions.

This strategy is being coordinated by the Ministry of Tourism, Trade and Industry and implemented by Uganda Tourist Board.

As part of the regional cooperation efforts through the East African Cooperation, players in the sector have also launched efforts to market the region to enable tourists benefit from the biodiversity offered by each of the three countries.

The Uganda Tourism focus in recent years has been the rare mountain gorilla.

The success of these tourism initiatives have caused the Demand for Gorilla viewing permits to significantly exceed supply.

Uganda is now moving away from over reliance on the mountain gorillas in order to hedge the tourism industry from political factors such as was the case with the 1999 Bwindi Massacre.

The Uganda Tourist Board with assistance from the European Union have identified the following new Uganda tourist products:

Uganda’s wildlife is concentrated in its protected areas, categorized as

These areas are Conserved and managed by the Uganda Wildlife Authority (UWA) under the Ministry of Tourism, Trade and Industry

the Uganda Forestry Department under the Ministry of Natural Resources.

Uganda has 10 established National Parks where you can enjoy the African wilderness.

The largest National Park in Uganda covering approximately 3,877 sq km and one of the most spectacular in Africa.

At the Murchison Falls, the Nile River plunges through a narrow crevice and over a 40-metre drop.

East of the Murchison Falls within the park, are the Karuma Falls, where the Nile River cascades over a breathtaking 23 km of rapids. The scene creates one of the most exciting white-water rafting opportunities in Africa.

Your cruise upstream the Nile to the Falls is would definitely be an unforgettable experience.

On the banks of the Nile River you will find prolific wildlife including elephant, crocodile, hippopotamus, lion, giraffe, buffalo, and countless antelopes and birds can be observed.

If you need more information to plan your business Safari Tour to the Murchison Falls National Park click here.

Queen Elizabeth National Park has been designated a Biosphere Reserve for Humanity under the auspices UNESCO.

You will find a remarkable variety of ecosystems within the park;

Queen Elizabeth National Park is the home of a species including:

the famous tree-climbing lion and

and over 500 species of birds.

The park would definitely make you a wonderful Uganda birding Safari.

You may use the information on this link to make a detailed plan for your business Safari Tour to Queen Elizabeth National Park.

Bwindi is Impenetrable because of its dense ground cover of vines and shrubs.

The Park is home to the world famous Mountain Gorillas, of which they are less than 600 still left in the entire world.

You will need to reserve a Gorilla Permit at least 3 months in advance as a requirement for tracking these Uganda Gorillas.

Bwindi is one of the richest areas for flora in Eastern Africa. The forest is also sanctuary for colobus monkeys, chimpanzees and many bird types including some endangered species.

You may use the information on this link to make a detailed plan for your Gorilla Tracking Safari to Bwindi Impenetrable National Park.

You can also review the Uganda Safari lodges and Campsites within the Bwindi National Park to plan your accommodation.

Mgahinga National Park is yet another haven for the persecuted Mountain Climbing Gorilla.

Located on the slopes of the Virunga Mountains, in the extreme southwest corner of Uganda, the park has been set aside to provide a secure habitat for these Uganda gorillas.

Besides the gorillas,however, you can view other wildlife within the park including

and the golden monkey.

You will also find the summit of Mount Muhavura with Mgahinga National Park, about 4,127 m high, with a small crater lake.

Use the information on this link to make a detailed plan for your Gorilla Safari to Mgahinga National Park.

Kibale rainforest is situated to the north-east of Queen Elizabeth National Park.

In addition to forest, you will also find areas of grassland and swamp.

The park is popular for its impressively varied primate population.

The forest hog may also be seen.

and over 140 types of butterfly.

You may use the information on this link to make a detailed plan for your Uganda Safari to Kibale Forest National Park.

The park is inhabited by various wildlife including elephants,

Two game viewing routes connect the rest camp with the prime wildlife areas near the Winwing River and the rock escarpment to the southwest.

On the park’s northern borders are the Kananorok Hot Springs.

You may use the information on this link to make a detailed plan for your Uganda Safari to Kidepo National Park.

The Mountain boasts of numerous interesting features including

Bird life is abundant on the mountain although various wildlife may also be encountered.

You may use the information on this link to make a detailed plan for your Uganda tourism Safari to Mount Elgon.

Semuliki is the only park in Uganda composed primarily of tropical lowland forest.

The forest is very dense and quite flat, creating a startling contrast to the rugged Rwenzori Mountains nearby.

Lake Mburo National Park is situated between the towns of Masaka and Mbarara.

When compared with other parks Lake Mburo is a comparatively small on measuring only 371 sq. km is

The park is primarily grassland, wetland and acacia woodland.

At the center lies the Lake Mburo, which together with 14 other lakes, forms part of an extensive wetland area.

The animals you will find in the park include the

The park has over 357 species of birds including the marabou stock and the crowned crane.

You may use the information on this link to make a detailed plan for your Tourism Safari to Lake Mburo National Park.

Located on the Western Ugandan border,the mist-shrouded peaks of the Mountains of the Moon give you a stunning backdrop to the magnificent Rwenzori park.

In the center of the range, some of the peaks are permanently covered in snow and glaciers, while the lower slopes are covered with dense forests.

You have the opportunity of making a Walking tour in the foothills of the Rwenzoris however, only the experienced and fit should attempt an ascent on the peaks.

The difficulty in climbing these mountains is second to none and only comparable to the Alps.

Some of the wildlife to be found in the mountains include the chimpanzees,

and many unique bird species such as the Rwenzori touraco, the francolin and the olive pigeon.

You may use the information on this link to make a detailed plan for your Trekking Safari to the Ruwenzori Mountains National Park.

Ugandan society is still predominantly rural with 80% of the population living in rural areas.

Traditional customs and lifestyles are still alive in many parts of the country, and these can spice up your tourism experience.

Ugandans generally have a reputation for openness, and a friendly attitude to visitors.

Spontaneous dancing and music are typical of life in Uganda and visitors are often welcome to observe these ceremonies.

As a courtesy, you should always seek permission before taking photographs.

In addition to the rich cultural experiences, you can choose souvenirs from countless local traditional art pieces and

handcrafts. These are sold in most villages, along the roadsides, and also at specific tourist curio shops within Kampala.

You also have the opportunity to visit a number of cultural sites.

Including Kasubi Royal Tombs, the Official Burial site for Buganda Kings, and a host of other historical sites in many different parts of the country.

Uganda has been called a land of lakes because almost one third of the country is covered by water.

Consisting of 84 islands in the north-western section of Lake Victoria, the Ssese Islands have, for a long time, only been visited by local people and campers because of lack of tourist facilities.

As of today, three campsites have been opened and you book them through your local tour operator.

Nonetheless, many of the Ssese Islands are uninhabited, you can only find a few fishermen there.

Forests and swamps on the Ssese Islands are therefore ideal for birding Safaris.

The wildlife you will find on the Ssese islands includes hippos, crocodile, waterbuck, sitatunga, antelope, chimpanzees and monkeys.

The islands can be reached by a nine-hour steamer trip from Port Bell or a 45-minute ferry trip from Bukakata. 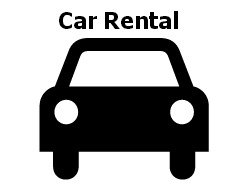 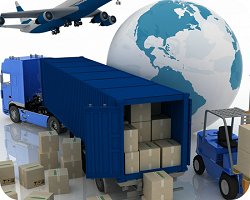 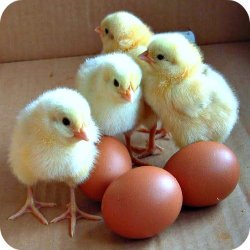 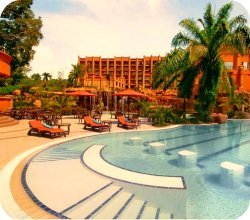 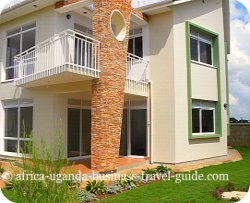 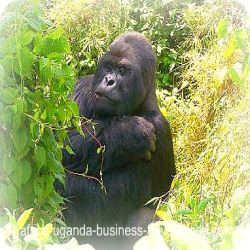